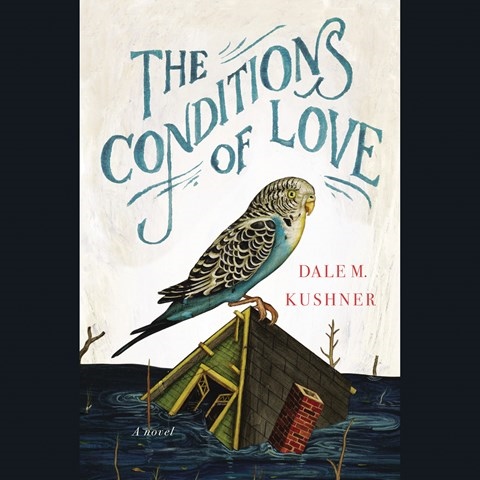 THE CONDITIONS OF LOVE

In her debut novel, Kushner introduces us to 10-year-old Eunice, who in the late 1950s is navigating the rocky terrain that carries one from childhood to adulthood. Narrator Tara Ochs provides a strong portrait of life in small-town Illinois and a young person whose single mother cares more about movie stars than she does about Eunice. As Eunice grows from a child to a young woman, Kushner's background as a poet is evident in the lyrical language she employs with a deft hand. Ochs brings that poetic language to life as she tells the story of a precocious girl and her exploration of aspects of love involving family, friendship, and romance. Eunice becomes a heroic character as she rises above her dead-end beginnings, overcomes tragedy, and maintains her optimism. N.E.M. © AudioFile 2013, Portland, Maine [Published: JULY 2013]