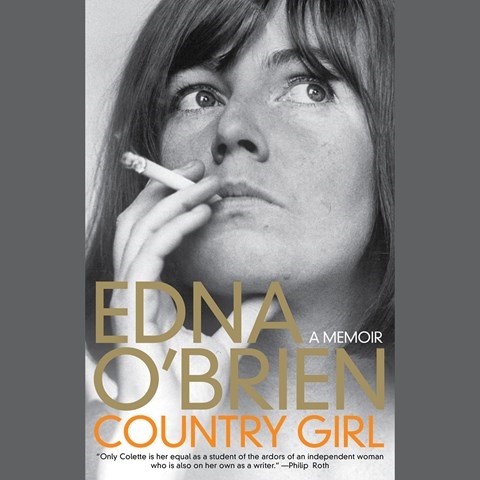 For lovers of audiobook memoirs, it doesn't get better than this: a grand and memorable life, efficiently written and carefully detailed, as told by the person who lived it. We listen as O'Brien—propelled by destiny, courage, and confidence—writes her way out of the small-minded world of her Irish hometown; inserts herself into a high-society culture filled with musicians, literary titans, and film stars; experiences several highs on the "love trampoline," as well as life-threatening bouts of despair; and ultimately (and fortunately) breaks her vow never to write her memoir. In her narration, O'Brien's vocal eccentricities—including a sonorous, often bemused tone— enliven and color her carefully crafted prose. The result is a detailed self-examination that achieves the realm of literary nonfiction. R.W.S. Winner of AudioFile Earphones Award © AudioFile 2013, Portland, Maine [Published: JUNE 2013]