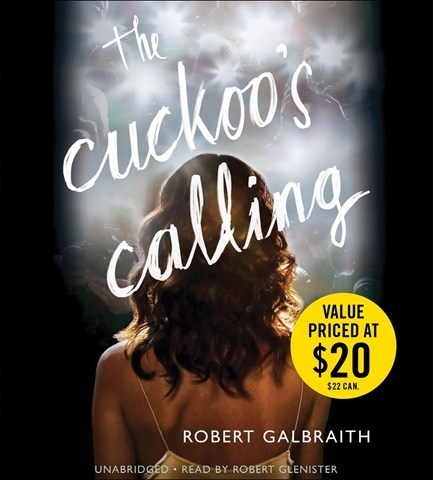 If you’ve been living in a cave with no media connections, you might not know that Robert Galbraith, author of THE CUCKOO'S CALLING, is really J.K. Rowling. This is her second book for adults. Narrator Robert Glenister is the star. The book is a delicious mystery that begins with the alleged suicide of a supermodel. Glenister infuses gruff charm and a poignant edginess into Rowling’s wonderfully original detective hero, Cormoran Strike. Strike’s P.I. business is in debt, his longtime relationship is over, he lost a leg in Afghanistan, and he’s currently living in his office. Glenister’s character accents are terrific, and he’s a genius with women’s voices, which he softens without caricature. Glenister is just right in this noir-ish mystery with a hard-boiled softie at its center. Don’t miss it. S.J.H. Winner of AudioFile Earphones Award © AudioFile 2013, Portland, Maine [Published: AUGUST 2013]