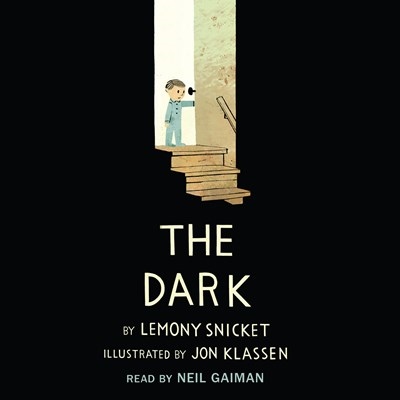 Is the dark really as scary as it seems? When Neil Gaiman begins to narrate as if he's telling a spooky bedtime story, listeners might think so. The spine-tingles are the best kind, though, with Gaiman leading listeners through Laszlo's house and down the stairs into the basement, where the dark lives. With his British accent and gentle delivery, Gaiman conjures a whole world out of author Lemony Snicket’s words as listeners learn why the dark is important. Background music and occasional sound effects—a closet door opening, a shower curtain rustling, the slide of a drawer out of a chest—round out the production in this tiny audio prize. J.M.D. 2014 Audies Finalist © AudioFile 2013, Portland, Maine [Published: APRIL 2013]