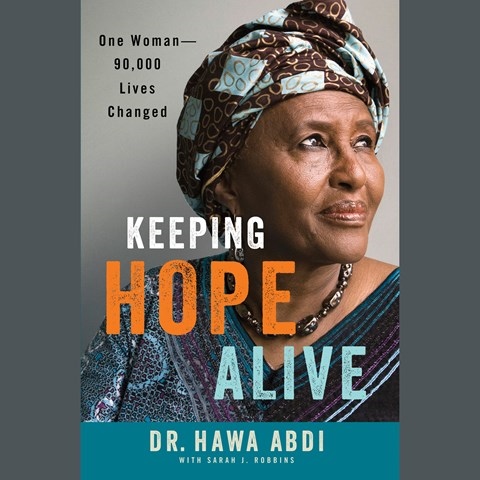 Hawa Abdi is an amazing woman who has stuck to her mission despite an almost daily battle with famine, poverty, and war. Although Abdi was raised in a traditional society in Somalia, she went to medical school, opened and ran her own hospital outside of Mogadishu, and ultimately became the protector of thousands and thousands of displaced people. Robin Miles’s tone successfully renders the perseverance (bordering on obstinacy) that was necessary for Abdi’s personal and institutional survival. One especially spellbinding scene is when the hard-line Islamic militia demands that Abdi hand over the hospital because a woman should not run anything substantial. Abdi responds, “You are young, and you are a man, but what have you done for your society?” Abdi is a doctor and not a writer, but Miles’s melodious voice diminishes the impact of the sometimes disjointed writing. A.B. 2014 Audies Finalist © AudioFile 2013, Portland, Maine [Published: OCTOBER 2013]