Home»Reviews»MURDER AS A FINE ART 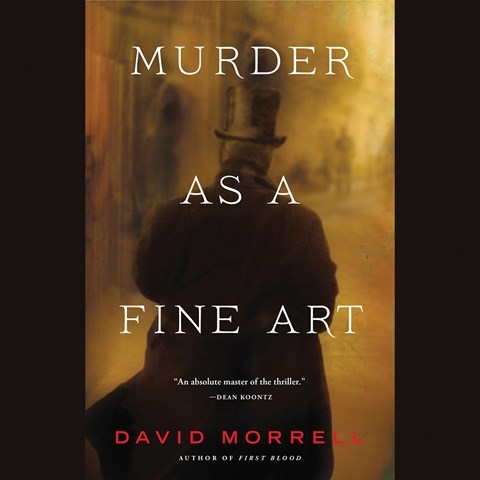 MURDER AS A FINE ART

Forty-three years after the Ratcliffe highway murders, London is again gripped by killings so horrific that the city is immobilized by terror. Having just published an essay glorifying the Ratcliffe murders, author Thomas De Quincey quickly finds himself at the center of the investigation. David Morrell’s mystery is written as a nineteenth-century novel, and narrator Matthew Wolf helps transport listeners back to the 1850s. He switches from character to character with ease, although he doesn’t attempt a female voice for the sole female main character. A wonderfully written book with equally wonderful narration that fits it perfectly. J.L.K. Winner of AudioFile Earphones Award © AudioFile 2013, Portland, Maine [Published: JULY 2013]