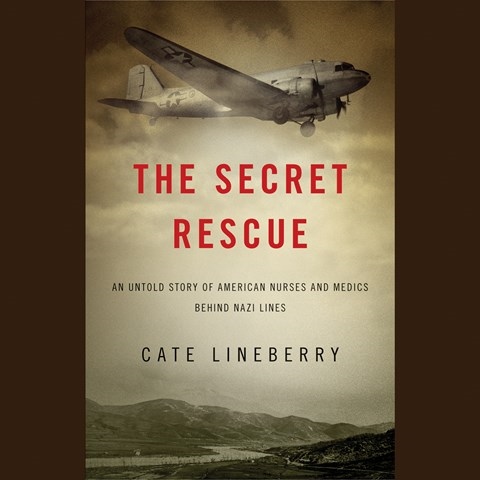 The author tells the story of the rescue of Allied fliers and medical personnel who made an emergency landing in Albania in 1943 during WWII. Narrator Erin Bennett uses a wry tone as she recounts amusing anecdotes such as how skirts were phased out for flight nurses during the war. At the same time, she has a deft touch with the many dangers they faced, recounting the general hazards and threats with a menacing tone. Her narration choices allow her to underplay the actual situations just enough to emphasize the character and humanity being depicted over the action. Even though the outcome is historic fact, Bennett keeps listeners involved to the end. J.A.S. © AudioFile 2013, Portland, Maine [Published: OCTOBER 2013]