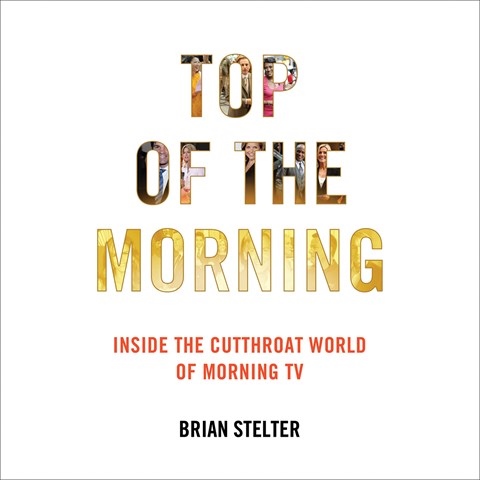 TOP OF THE MORNING Inside the Cutthroat World of Morning TV

There's a little bit on CBS and "Morning Joe," but the bulk of Brian Stelter's book about morning TV focuses on the war between "The Today Show" and "Good Morning America." Stelter reads his work with excitement and enthusiasm, thrilling to every last salvo over ratings points. The story starts in the 1970s, but most of the book's focus is on recent events. Chances are that listeners will have heard about Ann Curry's battles with her colleagues and Robin Roberts's health concerns. There's some good stuff, though, such as the psychological secrets of scheduling and a funny story about the race to interview a cat. Still, this will be familiar stuff to many listeners. J.A.S. © AudioFile 2013, Portland, Maine [Published: AUGUST 2013]