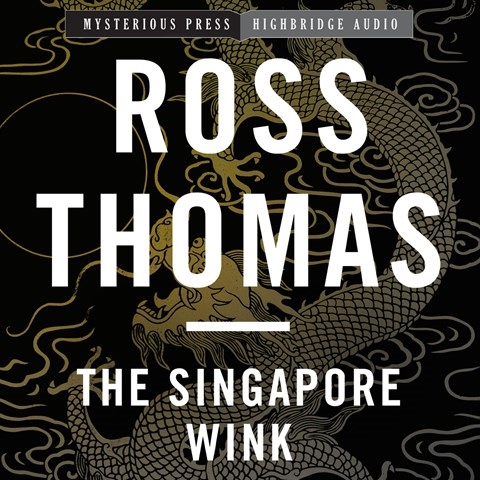 This is one of the late Ross Thomas's thrillers that hasn't become passé with time. Written in 1969 and just reissued, THE SINGAPORE WINK is a saucy caper that is entertaining listening for its tongue-in-cheek humor. Maybe that's because it's not hard-core Thomas but Thomas in a more lighthearted vein. Narrator R.C. Bray handles the diversity of characters smoothly, moving from one to the other gracefully. Ed Cauthorne, an ex-stunt man who has lost his nerve and now sells restored classic cars, is coerced into searching for a Mafioso's godson--but Cauthorne accidentally killed the guy two years earlier. Or, that's what he thought. Bray is at his best with the Italian and tough-guy accents. A.L.H. © AudioFile 2013, Portland, Maine [Published: JUNE 2013]