Home»Reviews»THE ANT AND THE GRASSHOPPER 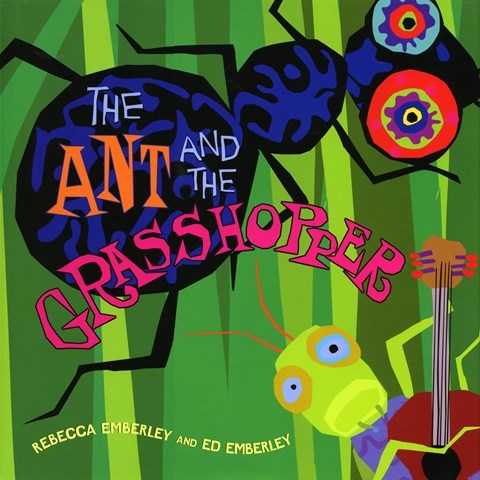 THE ANT AND THE GRASSHOPPER

The Emberley father-and-daughter duo brings a new twist to this well-known Aesop fable. On a hot day, while staggering under a sticky load from a backyard picnic, an ant hears a magical sound—music. Befriending a grasshopper and his buggy band has a magical way of making his work less burdensome. Chris Thomas King's narration is as fresh as the story. His ant voice is as heavy as its load, and his grasshopper as energetic as his music. King shares the genuine enthusiasm when the party heads underground to "let the good times roll." The narration is perfectly punctuated by jazzy interludes. Young listeners can't help but agree that "music made everything brighter." A.R. Winner of AudioFile Earphones Award © AudioFile 2013, Portland, Maine [Published: AUGUST 2013]