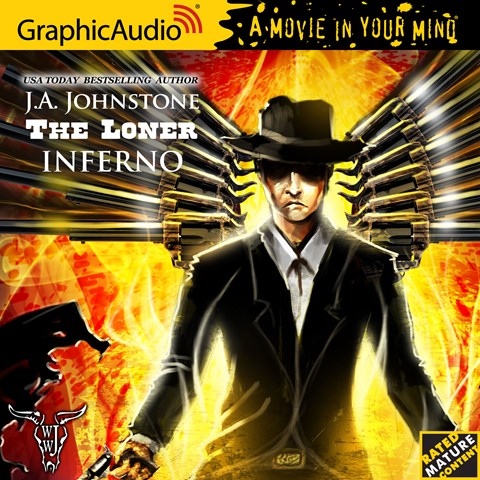 by J.A. Johnstone | Read by a Full Cast

A gunslinger with a reputation, Kid Morgan usually travels alone, happy with his own company. Ken Jackson expertly leads a full cast in the narration of the twelfth Loner adventure, featuring pioneers, a wagon train, the U.S. Cavalry, and gun-toting Mexicans. Crossing the New Mexico Territory, Morgan accompanies a wagon train to help protect it against marauding Apaches. After an attack, the pioneers must race to save the women captured and taken across the border into Mexico. Sound effects of jingling spurs and pounding hoofbeats add to the tension of gunfights and the tense rescue. These Western adventures delight the ears and the imagination. M.B.K. © AudioFile 2013, Portland, Maine [Published: APRIL 2013]