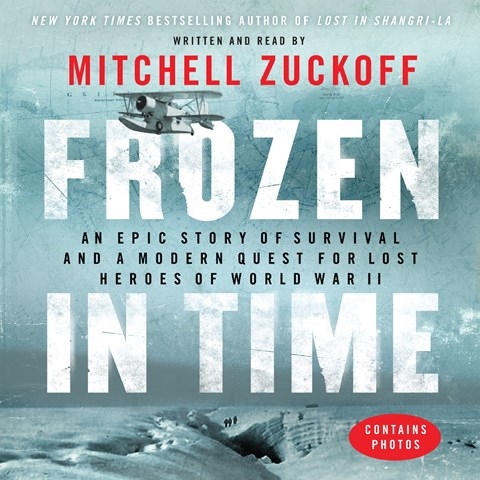 This book is two adventure stories in one: First, there’s the crash on the Greenland icecap of a WWII cargo plane, followed by the disappearance of a B-17 sent to rescue survivors four days later. The survivors of the cargo crash battled the arctic for 148 days until they were rescued by explorer Bernt Balchen. Second, there’s the modern-day story of attempts to find the vanished rescue plane and return its victims’ remains to their homes. Author Zuckoff narrates his own work with an appropriate level of emotion. His words and his voice capture the growing despair of the crewmen. In describing the conditions, he dials back that emotion, letting the harsh reality speak for itself. The only weak part of his reading is his pace, which needs to be more varied to match the material. R.C.G. 2014 Audies Finalist © AudioFile 2013, Portland, Maine [Published: APRIL 2013]