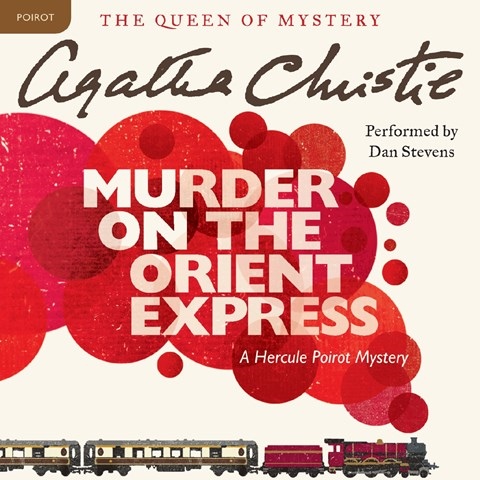 MURDER ON THE ORIENT EXPRESS A Hercule Poirot Mystery

Christie's classic and narration by "Downton Abbey" star Dan Stevens (Matthew Crawley) really make this production stand out. Belgian detective Hercule Poirot is on a train heading from Istanbul to London when the death of the villainous American Mr. Ratchett is discovered. The body has a number of unique stab wounds, and Poirot is asked to investigate. Stevens's characterizations of the large and diverse range of characters, from the quietly spoken Poirot to a princess and a countess, are excellent. His character differentiation through an extensive use of accents and varying tones helps make the story easy to follow. While this classic mystery is well known, Stevens's polished narration introduces some new facets, making this a top-notch listen. K.J.P. © AudioFile 2013, Portland, Maine [Published: SEPTEMBER 2013]