Home»Reviews»DOCTOR WHO: THE AUNTIE MATTER 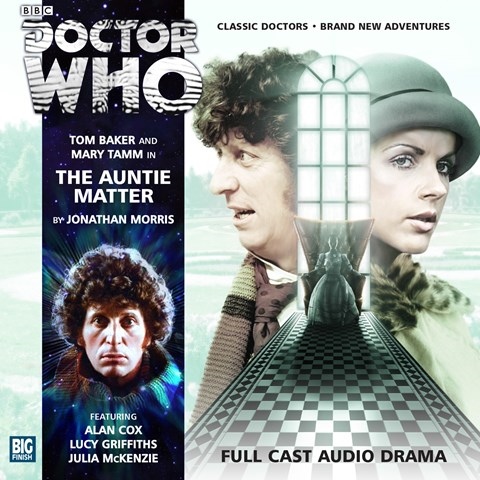 DOCTOR WHO: THE AUNTIE MATTER The Fourth Doctor Adventures

by Jonathan Morris | Read by a Full Cast

The fourth Doctor Who (Tom Baker) and Romana 1 (the late Mary Tamm) are stranded temporarily in 1920s London. P.G. Wodehouse-inspired characters suddenly appear via actors with spot-on portrayals. Given that Baker and Tamm originated their characters, they could not be more authentic—Baker with his deep authoritative voice, Tamm with her professorial overtones. The result is hilarious. The stumbling Bertie Wooster fellow sounds young and brash and clueless, just as he should. And then there’s the evil alien auntie, her voice imperious and threatening. The “Doctor Who” theme music in all its distinctive glory is there, too, along with appropriate background sounds. A captivating production. D.R.W. © AudioFile 2013, Portland, Maine [Published: JULY 2013]