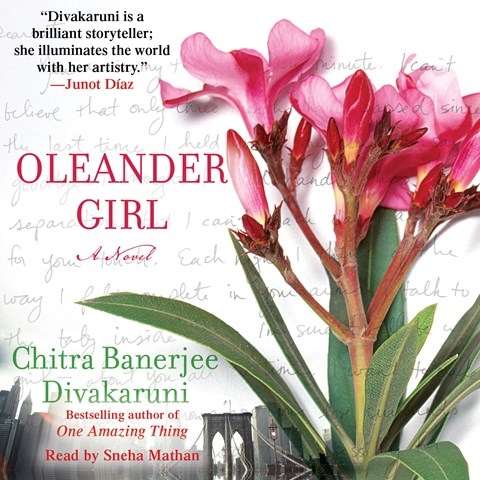 In this absorbing version of the marriage story, Sneha Mathan gives a performance so flawless as to be invisible. The listener is drawn into the drama and held there, getting to know the characters, recognizing them as if they were people you would know again anywhere, with never a snag or rip in the illusion to remind you that it is one. As a backdrop Chitra Divakaruni has given us a cross-section of Kolkata society from top to bottom with all its social, religious, and class tensions, while in the foreground she tells a rich tale of young lovers in a rapidly changing society facing conflicts caused by politics, prejudice, betrayal, family secrets, a quest, and even fallout from 9/11. Mathan’s acting is thrillingly good. B.G. Winner of AudioFile Earphones Award © AudioFile 2013, Portland, Maine [Published: MAY 2013]