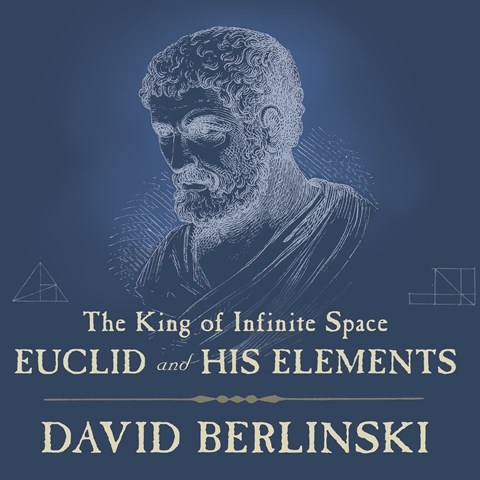 THE KING OF INFINITE SPACE Euclid and His Elements

The ancient Greek Euclid put his stamp on math through THE ELEMENTS, his classic work on geometry. There's a poetic quality to this discussion of his work, aided by quotes at the beginning of each chapter and some discussion of the philosophy behind the calculations. Arthur Morey's gentle voice brings those elements a sense of grace. There's also some historical material. Most of the book, though, is geometry. A PDF provides illustrations, and Morey's voice makes the explications clear. Still, listeners who are "math phobes" should steer clear. For math lovers who are a bit rusty, though, this could be a good refresher. J.A.S. © AudioFile 2013, Portland, Maine [Published: JUNE 2013]