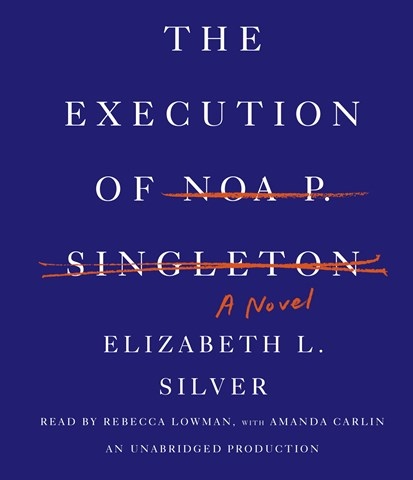 THE EXECUTION OF NOA P. SINGLETON

This is the rare novel that captivates and intellectually stimulates—while leaving listeners wondering about the characters’ true motivations. The titular Singleton is an admittedly guilty murderer who has never shared her feelings, not even with her lawyers. On death row she faces her victim’s mother, who wants to spare Singleton’s life—but only if she will explain why she committed the murder. While the book is narrated by both Rebecca Lowman and Amanda Carlin, Lowman, as Singleton, carries the heavier load superbly. Lowman’s delivery prompts listeners to feel as though they have entered Singleton’s psyche, while still using just the right inflection to maintain the protective cocoon that makes the story so gripping and Singleton so intriguing. D.J.S. Winner of AudioFile Earphones Award © AudioFile 2013, Portland, Maine [Published: AUGUST 2013]