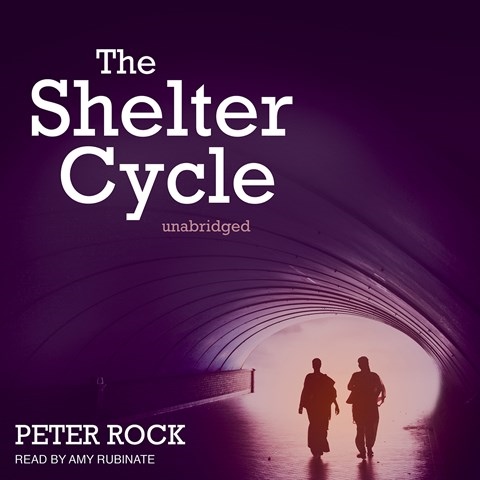 Francine and Colville were best friends when they grew up in the Church Universal and Triumphant, a cult established in 1975 that predicted—and actively prepared for—the end of the world in the late 1980s. But the world didn’t end. Instead, the pair were thrust into a world for which they were ill equipped. Years later, their paths cross, threatening to tear lives apart. Amy Rubinate delivers the story in a breathless, unemotional voice that sounds lifeless. Her narration does nothing to aid the listener in keeping track of the characters or the continual shifts in time and place. Perhaps a knowledge of this actual New Age cult would have made this bizarre fictional work more accessible. N.E.M. © AudioFile 2013, Portland, Maine [Published: JULY 2013]