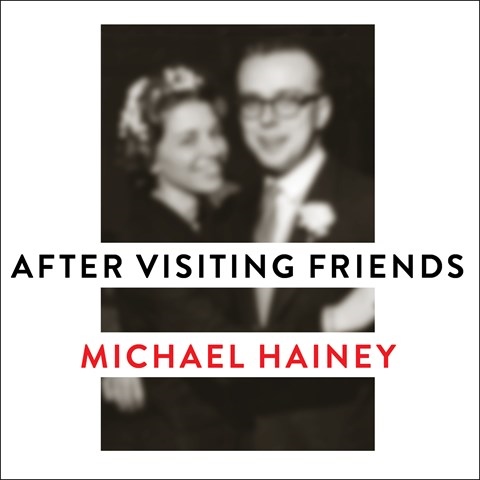 AFTER VISITING FRIENDS A Son's Story

Michael Hainey's fascinating memoir cum detective story, which explores the hidden aspects of family stories, is wonderfully served by Dan John Miller's matter-of-fact tone, which lets the straight-ahead prose shine. Hainey was just 6 when his father, a reporter, died of an apparent heart attack while out “visiting friends.” No more was said by anyone in the family. Hainey, who grew up to become a reporter himself, set out to uncover the truth about his father’s life and death. It’s an absorbing tale, well served by a reading that highlights the book's American-guy drive, while also being sensitive to the little-boy lost truth of any man whose father dies. A.C.S. © AudioFile 2013, Portland, Maine [Published: MAY 2013]