Home»Reviews»THE FALL OF THE KINGS 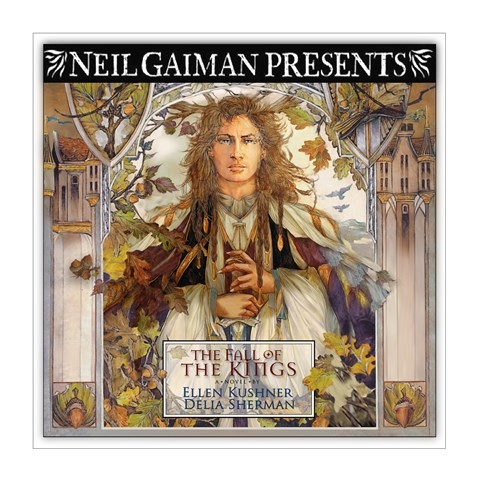 THE FALL OF THE KINGS Riverside, Book 3

The third installment in Ellen Kushner's Riverside series is flush with all the intrigue, sex, and politics of its predecessors. A young man with royal blood seeks refuge in the confines of the University but finds instead that ancient history is still living—and perhaps set to repeat itself. This "illuminated" book dances between the delicate, impassioned voice of the author and that of dignified guest stars, including Neil Gaiman. Lush soundscapes and occasional effects complement the talented cast, bringing the audio experience alive. Somewhere between an audiobook and full-cast drama, this sound-rich title delivers listeners to Kushner’s nameless city of nobles, where manners often mask dark motives. F.G. 2014 Audies Finalist © AudioFile 2013, Portland, Maine [Published: SEPTEMBER 2013]