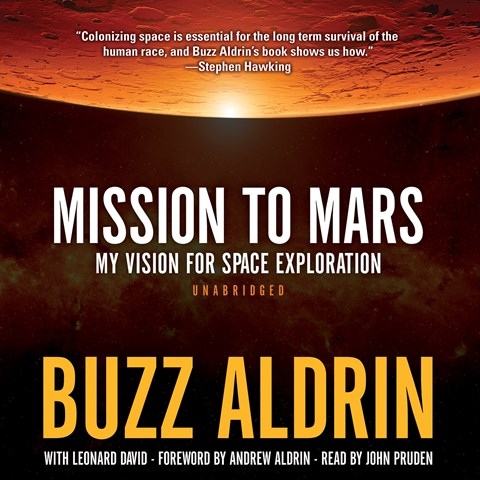 MISSION TO MARS My Vision for Space Exploration

Former astronaut Buzz Aldrin proposes missions to near-Earth asteroids to serve as early precursors to Mars missions. He also calls for global cooperation in this endeavor, in contrast to the space rivalry that existed during the Cold War. Narrator John Pruden provides a low-key presentation. At the same time, he puts in enough energy to keep listeners intrigued as Aldrin outlines his ideas. With talk of a Mars colony making the news, Aldrin's exploration of the psychological and practical requirements for Mars homesteading is timely and well considered. Listeners interested in current events and space exploration may find Aldrin’s discussion essential reading. J.A.S. © AudioFile 2013, Portland, Maine [Published: MAY 2013]