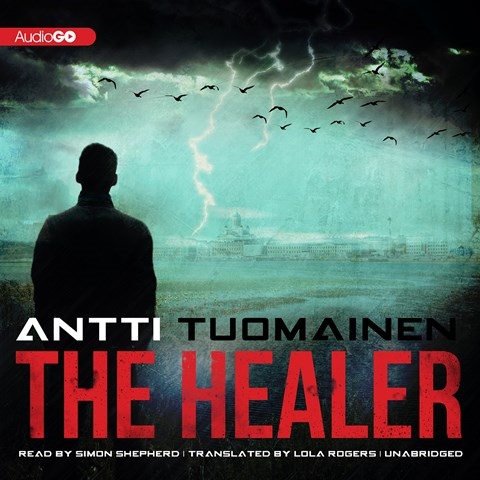 Against a backdrop of catastrophic events relating to global warming, Helsinki poet Tapani Lehtinen sets out to uncover the truth behind the disappearance of his wife, a journalist. British narrator Simon Shepard conveys a mixture of desperation and hope amid a society trying to survive the ultimate threat. The story is told in the first person, and subtle characterizations help to differentiate the secondary characters. While a society in decay is the theme of the story, Shepard's narration keeps the book from becoming too bleak. His natural reading style and authentic pronunciation of Finnish names and places adds to a well-rounded audio experience. K.J.P. © AudioFile 2013, Portland, Maine [Published: JULY 2013]