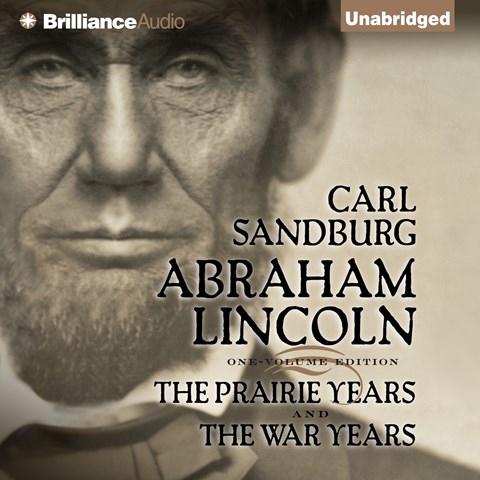 ABRAHAM LINCOLN The Prairie Years and the War Years

Sandburg's biography remains one of the great works in American letters. While it's no longer the most up-to-date treatment of Lincoln's life, it is a historic event in itself. Arthur Morey's gruff, clear presentation conveys Lincoln's quirky and majestic personality and, at the same time, does justice to Sandburg's magnificent prose. Morey's performance is perfectly paced. He seems comfortable with the rich display of nineteenth-century vernacular. Today's listeners may be surprised by how many of the recent portrayals of Lincoln are built directly on Sandburg's research and observations. Sandburg's account of Lincoln's death is heartrending and magnificent. Originally published in six volumes, then consolidated into one, this is a 44- hour listening odyssey. It's worth every minute. F.C. © AudioFile 2013, Portland, Maine [Published: NOVEMBER 2013]