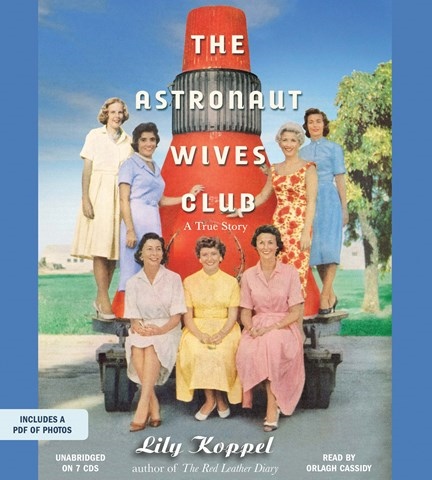 This behind-the-scenes chronicle of the wives of the Mercury, Gemini, and Apollo astronauts is a poignant story about relationships and the effects of celebrity. Narrator Orlagh Cassidy’s appealing tone recounts the history of the U.S. space program while capturing the difficulties of the “astro-wives,” who were portrayed by NASA as perfectly poised and supportive no matter the situation or the intrusiveness of the press. Rendering the many scenes of the women interacting, Cassidy skillfully reveals their complex relationships. Her straightforward delivery depicts the isolation the wives experienced due to their husbands’ absence—despite their connectedness with one another. This work offers a real-life depiction of a community of women that is light-years ahead of reality television. K.C.R. © AudioFile 2013, Portland, Maine [Published: AUGUST 2013]