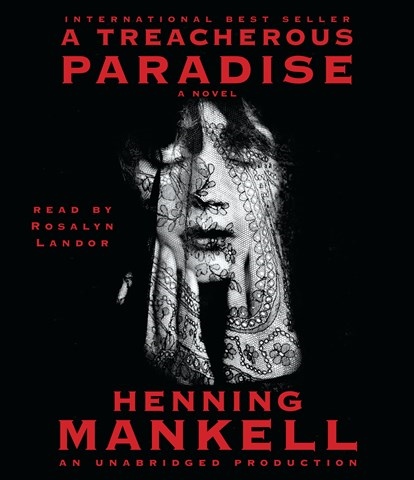 Mankell, the prolific Swedish author best known for the Kurt Wallander mysteries, has produced an engaging, well-crafted freestanding novel about a Swedish woman in Portuguese colonial Africa at the beginning of the twentieth century. A TREACHEROUS PARADISE is both a coming-of-age novel and a meditation on race and colonialism in southern Africa. Rosalyn Landor’s wonderfully clear alto voice adds enormously to Mankell’s story. Her occasional renditions of Portuguese and African accents (rendered from the Swedish and translated into English) seem surprisingly authentic. Her deliberate pacing matches the contemplative, almost dreamlike, quality of the story. Mankell knows a lot about modern-day Mozambique and holds strong opinions about its colonial past. F.C. © AudioFile 2013, Portland, Maine [Published: AUGUST 2013]