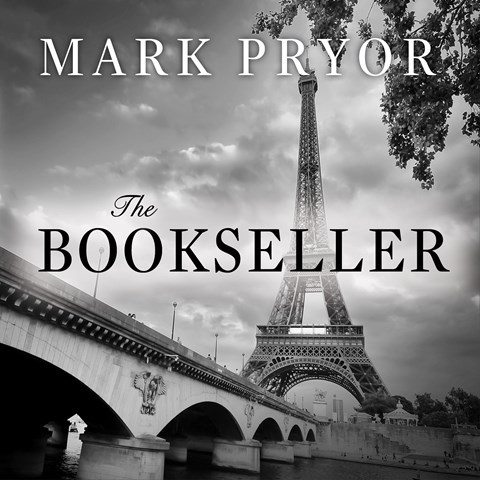 Winter in Paris. Someone is murdering the bouquinistes (bookstall operators along the Seine). Max, a bouquiniste, is kidnapped in front of his friend, Hugo Marston. Marston, a former FBI profiler and current head of security at the U.S. Embassy, watches, powerless to help. The police don't seem to care, so Hugo investigates on his own. Michael Pritchard's performance shines in this Sherlockian puzzle of drug deals, rare books, romance, and Nazi hunters. Pritchard adds needed color to the stony gray dampness of the City of Lights in winter. His narration is matter-of-fact while his characterizations of principal and secondary characters are carefully crafted miniatures. Attorney and former crime reporter Mark Pryor offers up a fine mystery for bibliophiles. Pritchard makes it choice listening for audiophiles. S.J.H. © AudioFile 2013, Portland, Maine [Published: AUGUST 2013]