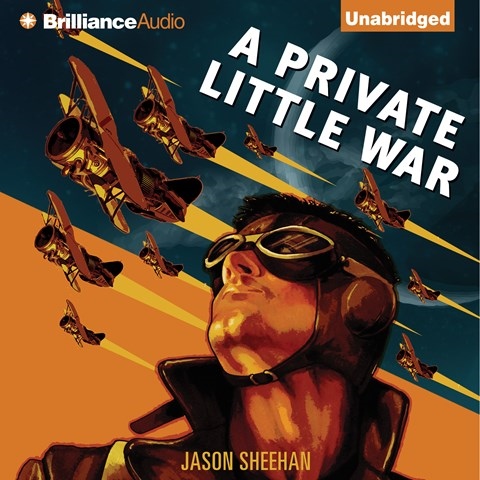 In Sheehan's sci-fi story, humans become murderers, conquerors, and villains without conscience as they destroy a primitive alien civilization and steal their planet's natural resources. It's a cold look at a mercenary squadron that employs WWI-era planes to kill helpless aliens. The story is uncomfortably reminiscent of what happened to Native Americans with the arrival of Europeans. Narrator Luke Daniels admirably gives character to those in the book, even the most base and cowardly. For example, his measured voice describes the dull lives of the pilots when they're not wiping out the natives, providing them with a bit of empathy despite their malevolence. M.S. © AudioFile 2013, Portland, Maine [Published: JULY 2013]