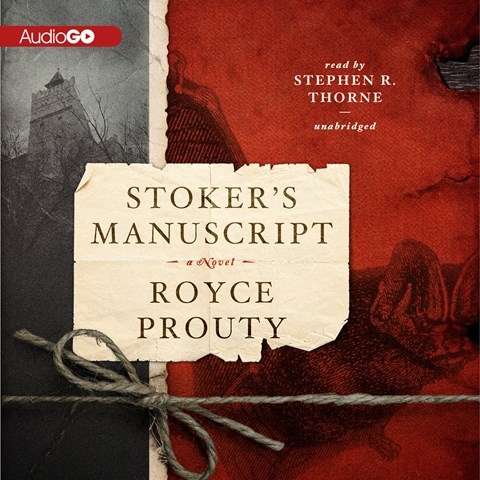 Prouty's novel follows a plot similar to that of Stoker's DRACULA while also using the material that inspired the original novel. Though not necessarily scary, the combination makes for a mesmerizing listening experience, especially when narrated by Stephen Thorne. As with the original classic, this story is told through the written journal of the protagonist, here Joseph Barkeley, as he travels from his home in the U.S. to Transylvania in pursuit of the original DRACULA manuscript. Thorne captures the tone and attitude of Barkeley and demonstrates a strong ability to increase the story's tension through emphasis and timing. Though his accents can sometimes sound clichéd, they don't detract from the authenticity of Thorne's narration. L.E. © AudioFile 2013, Portland, Maine [Published: SEPTEMBER 2013]