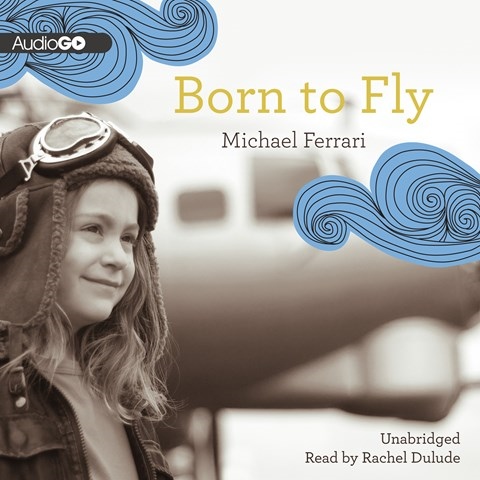 Bird McGill loves nothing more than flying with her dad, an airplane mechanic who is the only one who believes in her dream of becoming a P-40 Warhawk fighter pilot. Narrator Rachel Delude adopts just the right amount of spunkiness for this 11-year-old tomboy. After the attack on Pearl Harbor, her dad is drafted. Then Bird befriends the new Japanese-American student, Kenji, and they uncover a deadly plot against the nation. Delude conveys the prejudice of the emotionally charged townspeople with perfection, particularly the bully, Farley. Listeners will be entranced by Delude's talent for delivering young and old voices, the mocking tones of the defense attorney, and the tension of the nail-biting climax. An afterword details historical facts. M.F.T. © AudioFile 2013, Portland, Maine [Published: SEPTEMBER 2013]