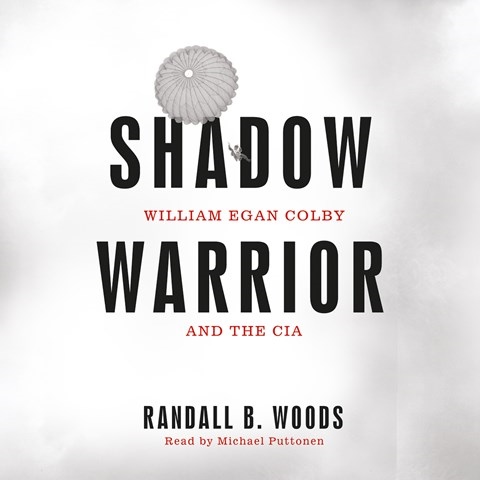 by Randall B. Woods | Read by Michael Puttonen

In tones of pride and individualism, actor Michael Puttonen delivers this fascinating biography of one of the nation’s premier masters of covert operations. As a young army recruit, William Colby served with the Office of Strategic Services (OSS), working with French and Norwegian resistance groups during WWII. He was intelligent, brash, and deadly effective. Little could he have known that he’d finish his public career 30 years later as director of the CIA in the era of Watergate and the fall of Vietnam. Colby was one of the chief architects of U.S. policy in Indochina. His dedication and patriotism never waned, nor did his inability to re-evaluate a “deteriorating situation.” The listener can hear that in Puttonen’s reading as well. B.P. © AudioFile 2013, Portland, Maine [Published: OCTOBER 2013]