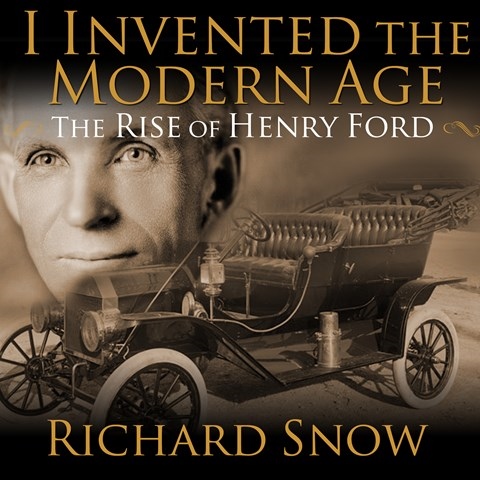 I INVENTED THE MODERN AGE The Rise of Henry Ford

Henry Ford was a driven genius who eventually came to believe he could accomplish anything, even stopping WWI. It’s difficult to capture the life of such a complex man in a single work, but this biography does a capable job. Sean Runnette offers a solid and, at times, spirited narration. He captures the excitement and enthusiasm of Ford’s early years as he labors to perfect his first automobile, crafting every part from scratch. In the latter portion of the book, Runnette depicts the pathos as Ford’s successes cause him to develop monomania, alienating most of those around him, including his own son. Runnette varies the pacing of his reading effectively, carrying the listener along and adding emphasis for effect as needed. He limits vocal characterizations to direct quotes by foreign speakers. R.C.G. Winner of AudioFile Earphones Award © AudioFile 2013, Portland, Maine [Published: JULY 2013]