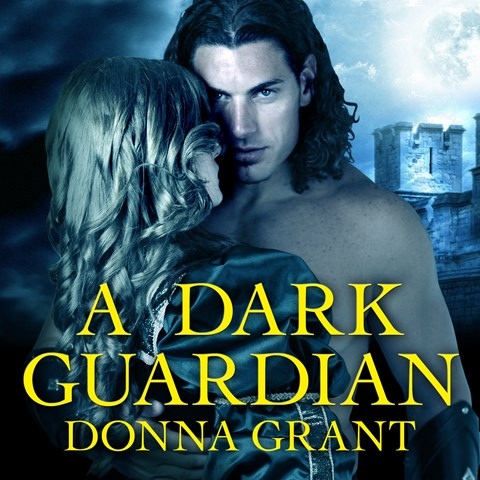 Narrator Antony Ferguson uses a deep, calm voice to portray Hugh, a mystical Shield knight who falls in love with Mina, of Stone Crest keep. Ferguson ably depicts Hugh's sworn duty to fight evil creatures and his internal feelings of conflict as he wonders if Mina could be responsible for the creature that is terrorizing the castle. Ferguson might have employed more inflection during the battle scenes to strengthen Grant's writing. And his formal narrative style, while elegant, displays, rather than masks, the repetitive nature of Mina and Hugh's dialogue. Overall, though, Ferguson's narration intensifies the couple's passion and their growing emotional attachment. C.A. © AudioFile 2013, Portland, Maine [Published: NOVEMBER 2013]