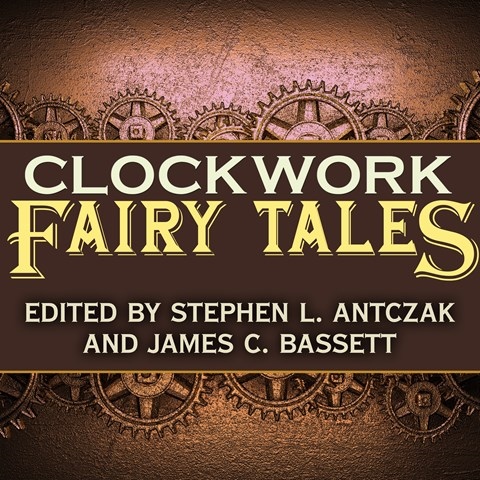 This beguiling anthology retains the dark tone of classic fairy tales while incorporating inventive steampunk elements that create fresh perspectives. Talented narrators alternate delivering each story, allowing listeners to transition smoothly from one to the next. Hearing the opening of "La Valse," based on Andersen's "The Red Shoes," listeners will be haunted by the quick but gruesome imagery of dancers trapped inside metal frameworks that continue to spin them even after their deaths. The fables following, based on well-known tales such as "Sleeping Beauty," "Baba Yaga," and "The Emperor's New Clothes," feature narration that matches the timbre of each tale's most intriguing persona, though they rarely highlight discernible differences in the secondary characters. Fantasy fans will be enthralled with each clockwork tale. J.M. © AudioFile 2013, Portland, Maine [Published: AUGUST 2013]