Home»Reviews»THE SKIES BELONG TO US 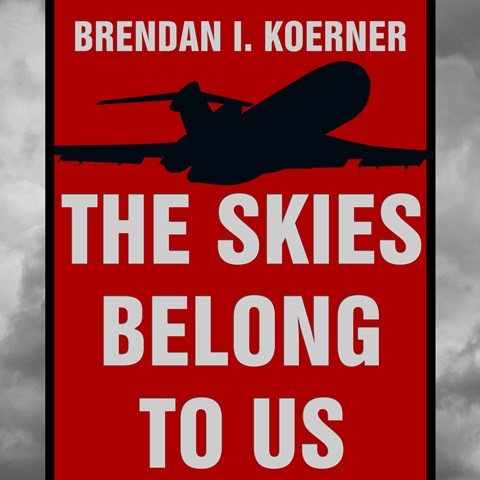 by Brendan I. Koerner | Read by Rob Shapiro

The late 1960s and early 1970s were known as an era of social upheaval because of the Vietnam War and the African-American struggle for civil rights. It was also an era of rampant airline hijackings. This book details one of the most notorious and interesting cases, that of an Army veteran and his girlfriend who managed to successfully commandeer an airliner and steal more than a million dollars in 1972. Narrator Rob Shapiro is in charge of this caper, and his low, resonant voice methodically moves the story to its unpredictable end. What's missing from his reading, though, is a sense of urgency and drama. Shapiro reads like an informative reporter, but at some point we need to hear the humanity and drama inherent in a bizarre story like this. We never get that. R.I.G. © AudioFile 2013, Portland, Maine [Published: AUGUST 2013]