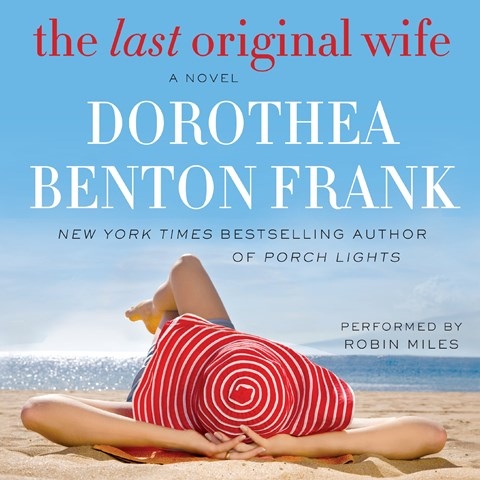 A sultry musical introduction combined with Robin Miles’s soulful voice sets the tone for this novel about a middle-aged Southern woman’s search for personal fulfillment. Leslie Anne Greene Carter, of Atlanta, becomes fed up with her husband and children, who see her solely as a nurturer and not in the slightest way as a person—so she takes off for Charleston to find herself. Miles’s lively modulations bring out Leslie’s frustrations as well as her amusing observations of the gap between traditional family values and modern realities. Miles’s gruff timbre, critical tone, and disciplined pacing convey husband Wesley’s overbearing nature and lack of awareness of his wife’s needs. Though the transitions between the protagonist’s inner thoughts and her spoken dialogues occasionally blur, Miles’s slightly drawled intonations add considerably to the Southern sensibilities of this charming story. M.F. © AudioFile 2013, Portland, Maine [Published: JULY 2013]