Home»Reviews»THE ASSASSINATION OF THE ARCHDUKE 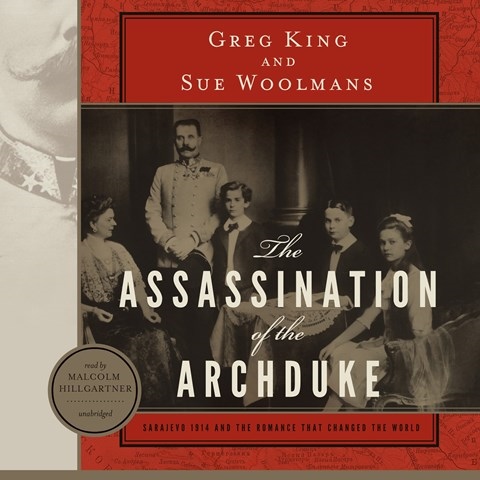 This audiobook recounts the late-nineteenth- and early-twentieth-century history of the royal family of Austria-Hungary, which was heir to the Hapsburg Empire. Malcolm Hillgartner narrates this complex biography at a steady pace as it focuses on the life and politics of Austrian heir Archduke Franz Ferdinand, who marries Countess Sophie Chotek, for love, not political gain. Hillgartner twists his tongue fluently around the German, Russian, and Magyar names and terms. Recounting the history of the empire, early-twentieth-century unrest, and the complex aristocratic ties and bloodlines, Hillgartner steadily recites the facts, details, and intrigue surrounding the archduke, whose murder in Sarajevo marks the beginning of WWI, one hundred years ago. M.B.K. © AudioFile 2013, Portland, Maine [Published: NOVEMBER 2013]