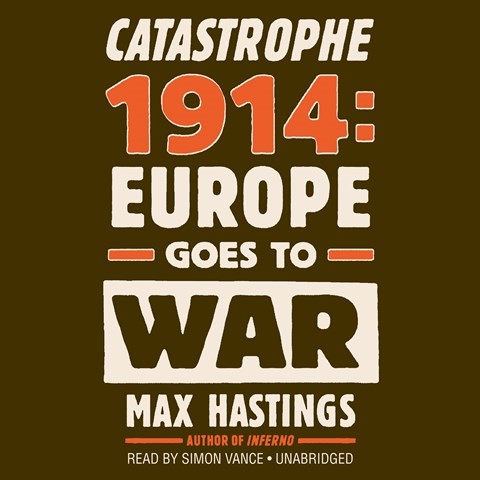 With a steady and authoritative voice, Simon Vance gives a splendid reading of Hastings’s overview of the causes of “The Great War,” as well as his account of its first six months. While this work is clearly a popular history, it’s more detailed than Tuchman’s GUNS OF AUGUST and brings out many facts that have been learned since her work was published. At the end of the work, the author also presents a rebuttal to those who claim it didn’t matter who won the war: He strongly defends the rightness of the cause of France, Great Britain, and their allies. Vance has a distinguished voice, and his delivery of this long and detailed work sounds effortless, making it well worth investing one’s time in listening. M.T.F. © AudioFile 2014, Portland, Maine [Published: FEBRUARY 2014]