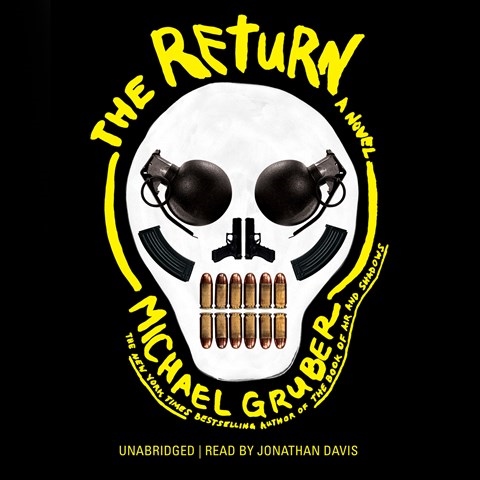 Jonathan Davis is the perfect narrator for this story of a man with a mission who learns he has a brain aneurysm that's going to kill him. Marder packs up and heads to Mexico with his longtime buddy, Skelly, to avenge the death of his former in-laws who were murdered there by a drug lord. Marder is complex and can be vicious, and Davis milks his character for all the excitement he can generate. Marder and Skelly are ultimately joined by Marder's daughter, Stach, an MIT genius who adds familial complexity to the plot. Davis is especially capable when Marder flashes back to his military service (with Skelly) in Vietnam, when he was a cold-blooded killer. The well-crafted surprise ending is worth waiting for. A.L.H. © AudioFile 2013, Portland, Maine [Published: OCTOBER 2013]