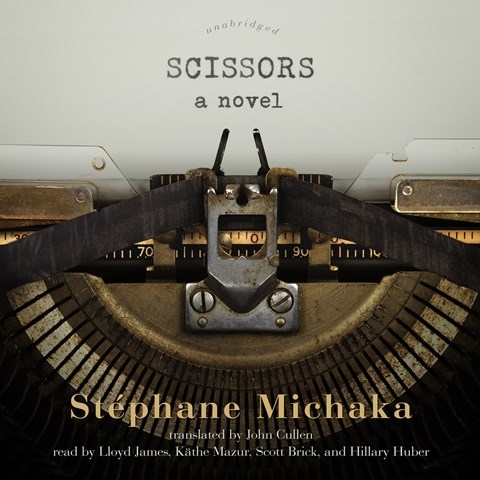 Fans of the American writer Raymond Carver, known for his minimalist short stories, will relish this novel, inspired by Carver's real life. Narrators Lloyd James, Kathe Mazur, Scott Brick, and Hillary Huber come together in this relatively short volume to give voice to a cast of characters based on the people closest to Carver. The narrators come and go, changing points of view after short pauses that alert the listener that another perspective is coming. Scott Brick's rendition of Carver’s heavy-handed editor is infused with an arrogance laced with irony, delivered in a deep, rich baritone. Lloyd James's characterization of Carver himself is inflected with the shifting intonations of a man who is uncertain about his place in the world. M.R. © AudioFile 2013, Portland, Maine [Published: SEPTEMBER 2013]