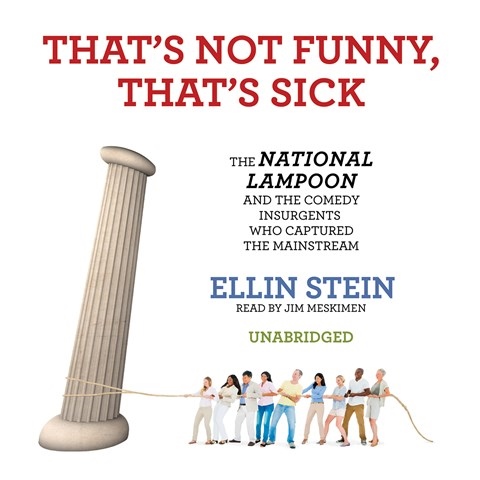 THAT'S NOT FUNNY, THAT'S SICK The National Lampoon and the Comedy Insurgents Who Captured the Mainstream

Entertainment writer Ellin Stein showcases the history of what has become America’s most well-known comedic magazine, The National Lampoon. Being both informational and humorous, Stein interviews those who developed the signature comedic tone of the Lampoon franchise and explains the fascinating way the legacy grew to its success. Narrator Jim Meskimen re-creates the candid stories of Lampoon’s familiar figures and clearly presents the facts. When the personalities of those behind the comedy are described, he adds emphasis to their points of view and strengthens the dialogue and quotes. The history of the magazine and its creators will be both familiar and inviting to fans. D.Z. © AudioFile 2013, Portland, Maine [Published: SEPTEMBER 2013]