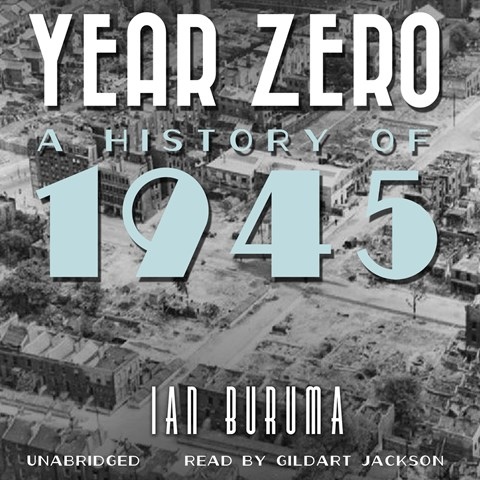 Gildart Jackson narrates this history in clipped British tones interspersed with German, French, and American accents as needed, when reading quotations. Buruma’s father was a Dutch soldier imprisoned in a German labor camp while his grandparents, Jewish immigrants of an earlier generation, struggled to keep their homes. In graphic detail, he describes Europe and Asia, primarily Japan, in 1945, after WWII ended. Jackson’s odd pronunciation of Hebrew and Yiddish terms is jarring. He delivers the disturbing descriptions of concentration camps and displaced persons camps at a slow, uneven pace. His deliberate enunciation of each word causes the narration to sound choppy, especially during quotations. This view of Europe and Asia in 1945 may be better suited to print. M.B.K. © AudioFile 2013, Portland, Maine [Published: NOVEMBER 2013]