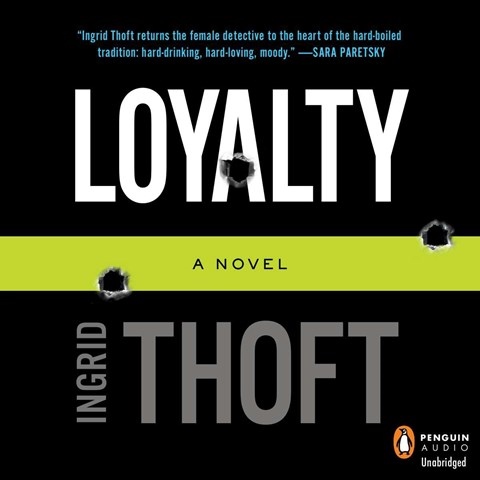 This debut work promises Ingrid Thoft a successful future. Fina Ludlow is a P.I. for her family's somewhat shady personal injury law firm. Narrator Rebecca Soler captures Fina’s hard-boiled and moody side while also making clear the character’s enjoyment of her own sex appeal. Fina's professional expertise is called into play when her sister-in-law disappears and her brother is suspected of murder. Soler portrays Fina as saucy and sexy and is also excellent at playing the wide range of male characters. Overall, Soler makes Fina a person you want to meet again. And because this book twists and turns until the very end, some listeners may want to re-listen right away. A.L.H. © AudioFile 2013, Portland, Maine [Published: AUGUST 2013]