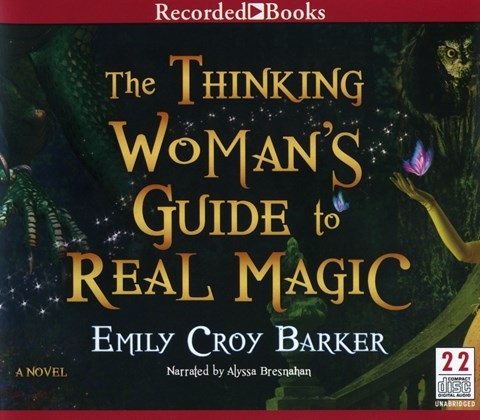 When Nora Fischer, a graduate student, takes a wrong turn while on a solo hike, she—like Alice—crosses the boundary into an alternate world in which magic is commonplace and looks can be deceiving. Alyssa Bresnahan's enchanting performance keeps listeners spellbound as they follow Nora's struggle to find a safe haven and a useful occupation in a strange land. With spot-on expressiveness, Bresnahan captures the personalities of the characters, such as a taciturn housekeeper and a deliciously manipulative fairy queen. Thanks to Bresnahan's fine sense of tempo and emotion, listeners feel Nora's fear in battle as easily as her joy at learning new skills. An outstanding narrative performance combined with a compelling plot makes for a stellar audiobook experience. C.B.L. Winner of AudioFile Earphones Award © AudioFile 2013, Portland, Maine [Published: SEPTEMBER 2013]