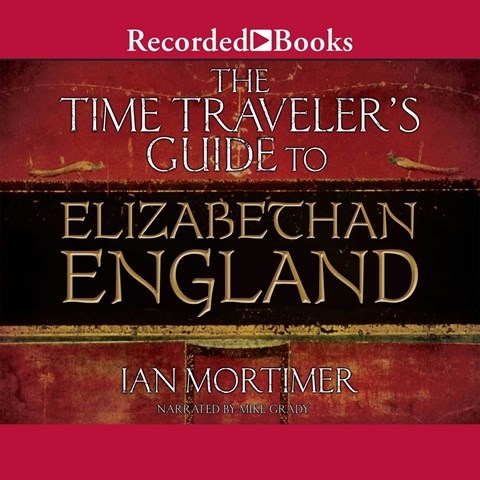 Travel back in time to the sights, smells, and sounds of Elizabethan England. Mike Grady's straightforward reading brings to life Mortimer's descriptions of the people, architecture, and politics of late-sixteenth-century England. Queen Elizabeth's gowns and the furnishings in her various palaces and courts are described in exquisite detail, which Grade delivers in soft, precise tones. Listeners learn about rich merchants and nobility as well as the poor and infirm, including orphans and widows, beggars and laborers. Grady flawlessly recites details about the countryside and failed crops, muddy roads and market towns, and laws and punishments, bringing all to life. His performance transports listeners back to this time of splendor and squalor. M.B.K. © AudioFile 2013, Portland, Maine [Published: AUGUST 2013]