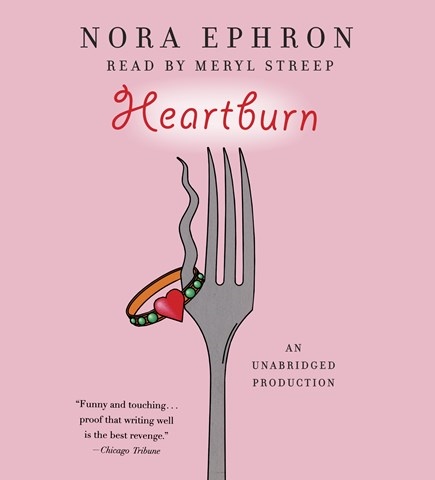 News flash: Meryl Streep is a genius. I know this will come as a surprise to you. Performing the late, great Nora Ephron’s seriocomic novel HEARTBURN, Streep is so sensitive to nuance, so gifted at making every syllable tell, that even when she reads you a recipe, she can give emotional and funny topspin to the words “serves two.” (There are quite a few recipes in the book because the protagonist, Rachel, who is seven months pregnant when she discovers her husband is boffing their acquaintance Thelma Rice, is a food writer.) Streep, who also starred in the 1986 movie made from this novel, has a highly evolved take on Rachel and her wry, witty, self-deprecating voice, and every syllable is a pleasure. What a treat. B.G. Winner of AudioFile Earphones Award, 2014 Audies Finalist © AudioFile 2013, Portland, Maine [Published: JULY 2013]