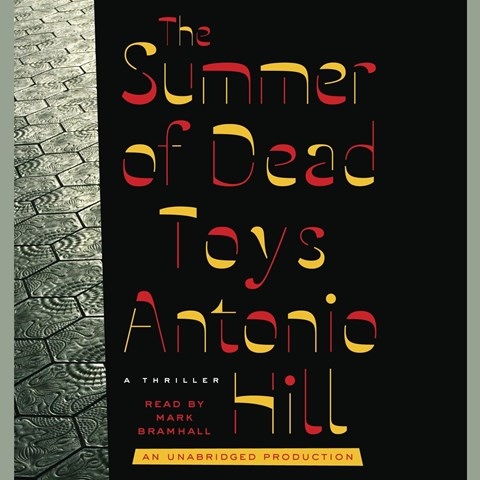 THE SUMMER OF DEAD TOYS

Mark Bramhall's deep voice and Hill's engaging story combine to seduce listeners with this debut crime novel. Hill, a Spanish translator, set his first novel in Barcelona, where it was an immediate bestseller, and it has now been translated into 17 languages. Bramhall's voice evokes the atmospheric language of the novel, along with the melancholy and drive of the main character, Inspector Hector Salgado, as he finesses his way through two seemingly unrelated cases. Bramhall's nuanced voice shines as he switches with ease between the older Salgado, his younger female partner, the teenagers in the case, and other characters. Let's hope we hear more from the team of Salgado and Bramhall. M.L.R. © AudioFile 2013, Portland, Maine [Published: OCTOBER 2013]