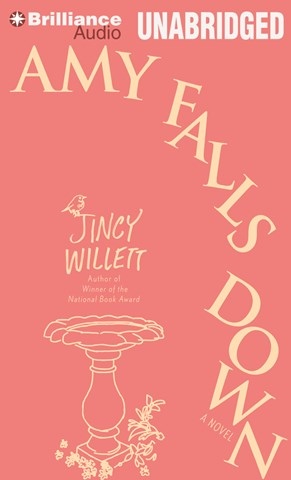 Amy McFadden taps her outstanding comedic talent to become Amy Gallup, a 62-year-old novelist and writing instructor from California whose trip and fall while trying to plant a Norfolk pine results in one calamitous and transformative event after another. McFadden performs Willett's witty satire with humor and irony. Yet she’s savvy enough to emphasize the tender over the sardonic. Events after Gallup's fall and mild concussion conspire to forge amazing adventures and life changes—from the ridiculous to the profound. The before and after become a plausible dichotomy that both author and performer achieve beautifully. A.W. Winner of AudioFile Earphones Award, 2014 Audies Finalist © AudioFile 2013, Portland, Maine [Published: JULY 2013]