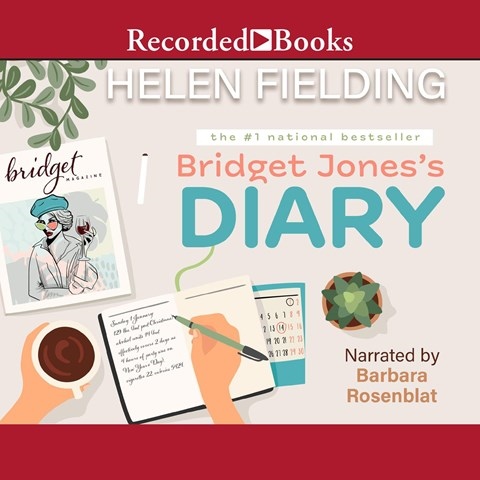 This fictional diary of a single 30-something took England by storm when it appeared as a weekly column in a British newspaper. Appearing in book form in the United States last year, it shot to the top of the NEW YORK TIMES bestseller list. Read by Barbara Rosenblat, it has reached its apogee. Bridget's knowing commentary on the morés of 1990's Londoners is rendered in perfect pitch--from the whined idiocies at an ultra-modern art show to the plummy lisps at Bridget's family's country estate. Rosenblat engages the listener in Bridget's painfully funny misadventures, such as turning up at a formal tea party wearing a Playboy Bunny outfit. The comic situations are so real that this listener was compelled to "talk back" to the audio. A.C.S. © AudioFile, Portland, Maine [Published: DEC/JAN 00]