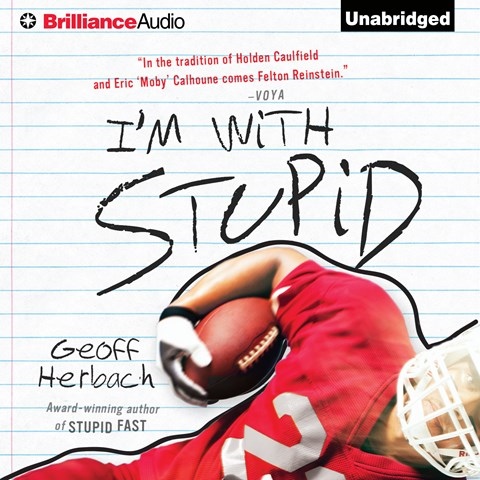 In this final installment of the Felton Reinstein trilogy, the high school football sensation is scrambling to figure out his life before ESPN arrives with cameras. "I have some massive sacks of baggage, my friend," Felton reminds listeners, who hear the defiance in narrator Nick Podehl's voice. Podehl embraces Felton's unfiltered perspective, emphasizing his direct language and the momentum of his fragmented speech. Haunted by secrets surrounding his father's suicide and unsure of how to handle the responsibility of his large size, Felton struggles to belong and to define himself. In this dialogue-rich story, Podehl moves seamlessly between countless characters and emotions, delivering distinct voices using cadence and pitch to capture personalities and allow them to naturally react to one another. A.S. © AudioFile 2013, Portland, Maine [Published: NOVEMBER 2013]