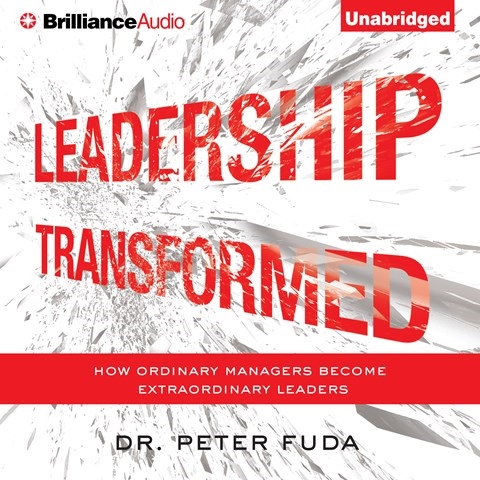 The amiable leadership professor and consultant Fuda interviewed hundreds of leaders to uncover seven processes of transformation--growth paths he expresses as metaphors instead of academic formulas. Tom Parks's cheery performance keeps the audio production upbeat as he delivers the material with a firm grasp of the flow of ideas. He's especially effective with the first-person segments, in which his own charm adds to the appeal of the author's chatty writing. Though Fuda's thinking and methodology are rigorous, this audio speaks to the heart because the narratives describing these dynamic processes are so accessible and appealing. Fuda's authenticity, along with enough case studies and hard data to support his way of looking at leadership growth, results in an engaging and useful listen. T.W. © AudioFile 2013, Portland, Maine [Published: DECEMBER 2013]